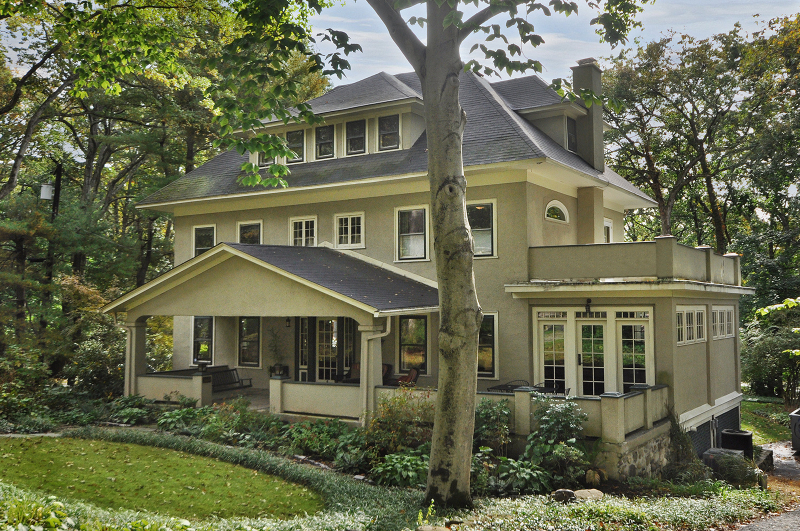 Hapgood was a real estate developer who built the beginnings of one of the first planned communities in NJ, Mountain Lakes. Mountain Lakes was once a hilly wooded area.  The homes were originally referred to as “Lakers”, and were built around Mountain and Wildwood Lakes, which were man made lakes created for the development.  Construction on the first Hapgood homes begain in 1910. They were built with distinctive floor plans and stucco facades and were influenced primarily by Arts and Crafts/Craftsman architecture. They were large by the day’s standard but not heavily ornamented or ostentatious in appearance. 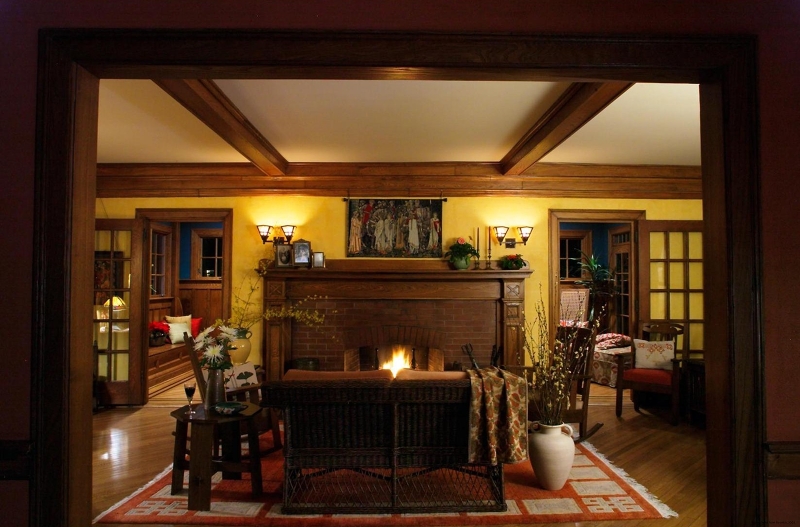 The development was enormously successful, having been originally occupied by residents of New York City looking to escape summer heat for recreation and a more pastoral setting. The development evolved and was designed to appeal to upper middle-class families wishing to raise children in a wholesome country environment filled with recreational opportunities and neighbors who would share their values. The original character of the community has persisted to the present day. Many Hapgood homes have been modernized by residents but in a way that preserves the historic character and original intent of the developers.

To what degree is being Hapgood important in the local market? If this were Google looking at this question they would probably do a keyword analysis. Looking at listing remarks in MLS here’s how often the word Hapgood has appeared in  MLS remarks over the past 3 years compared with the frequency of other common real estate terms.

It clearly tells the tale of what is important to buyers in Mountain Lakes – over 100 years later they still want Hapgood – K. Hovnanian and Toll Brothers take notice!